What is Plasma™ LED?

Plasma™ LED is a type of Chip-On-Board (COB) LED made by ORACLE Lighting. Chip-on-Board or "COB" refers to the mounting of a bare LED chip in direct contact with a substrate (such as silicon carbide or sapphire) to produce LED arrays. COB LEDs have some advantages over other LED technologies, such as Surface Mounted Device ("SMD") LEDs. Most notably, COB technology allows for a much higher packing density of the LED array, or what light engineers refer to as improved "lumen density". This technology features an evenly-lit appearance with a very bright light output.

What is Plasma LED strip light?

The COB led strip is a high-density led lighting strip made by COB encapsulation, which can reduce the thermal resistance of the high-density strip circuit system, greatly improves the life of the LED, and the light flux density is high, the glare is small, and the light is uniform and there is no dark area. This results in higher intensity and greater uniformity of light. Using COB LED technology can greatly reduce the energy consumption of the LED array while keeping light output constant. For example, a 500 lumen COB LED array can be many times smaller and consume substantially less energy than a 500 lumen SMD LED Array.

Plasma™ LED Flex Strip can be folded in 180 degrees without damaging the light strip.

It has better bending ability compared to SMD strip. 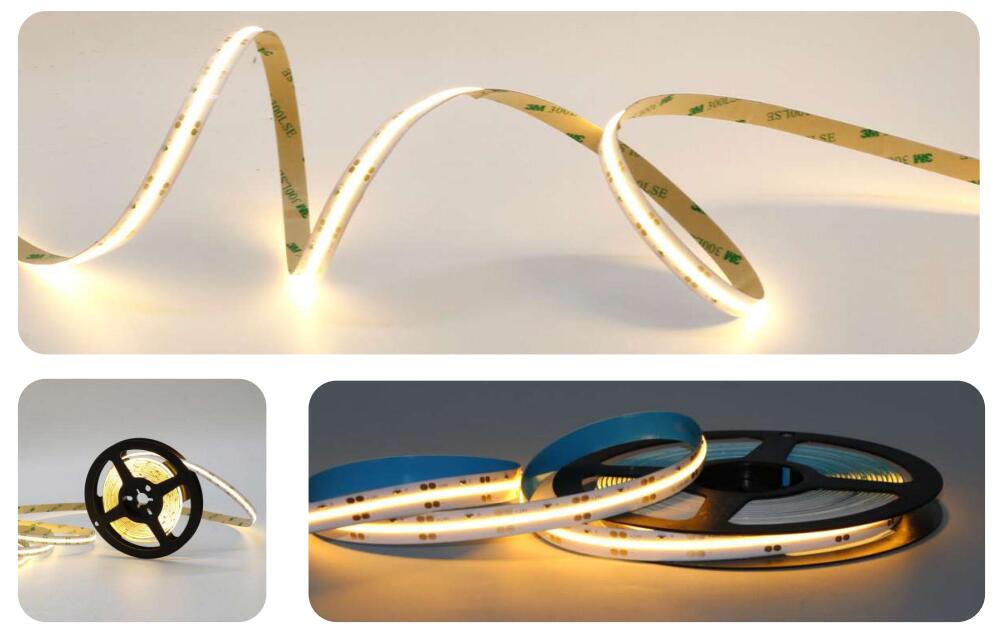 Normally, the light strips used in the aluminum profile are conventional SMD LED strips, these can appear as "dots" on close inspection.

Plasma LED Strips with COB light effect has higher density LED chips will be a better effect and eliminate the "dots" you see. 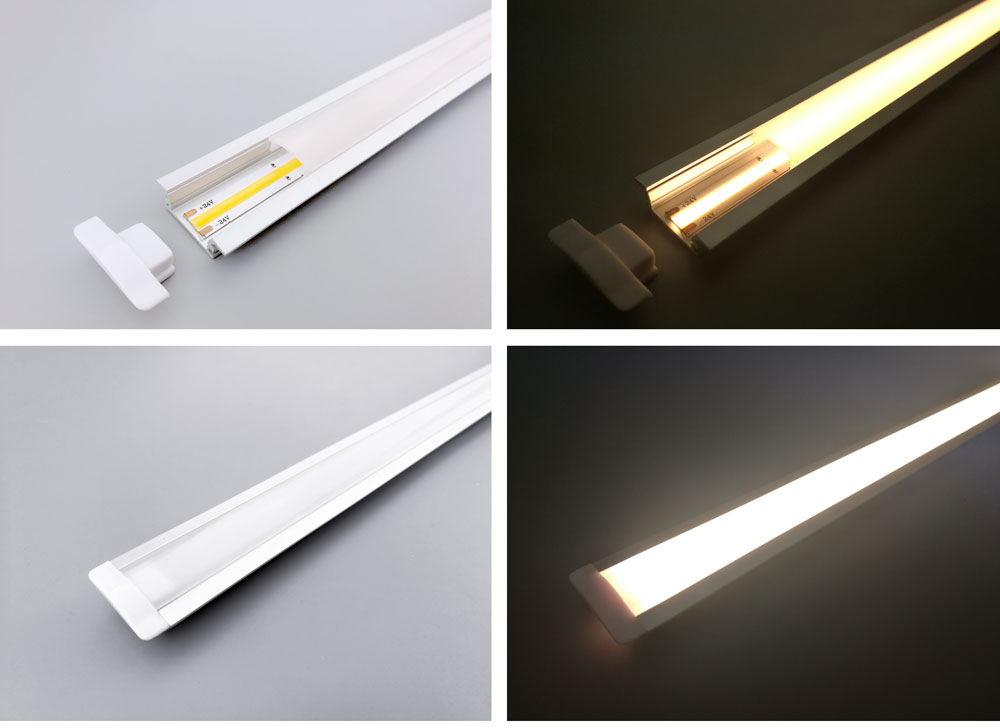 The height of this aluminum slot is 7mm, which means that the distance between the cob led strip and the PC cover is only 5mm. Even though the led strip is close to the frosted PC cover, there is no significant illumination dark area or dots visible. This provides a better linear lighting experience.

Please contact sales@oraclelights.com or call 800-407-5776 with any questions you have or for a quotation. We would love to hear from you and provide you with the products you need.